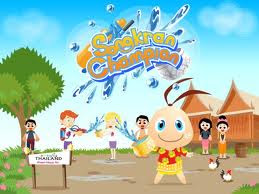 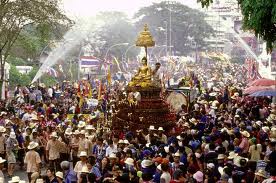 Love it or hate it, Songkran is here again and area officials have finalized schedules for the “official” water-throwing days and cultural events of the Thai New Year celebration.
While you can expect to be soaked pretty much everywhere in downtown Pattaya starting from April 13, the city’s official “wan lai” (water sprinkling days) are again set for April 18 in Naklua and April 19 in Pattaya. Chonburi gets wet April 13-15; Bang Saen, Bang Pra, and Sriracha April 16-17 and Sattahip on April 20.
In Naklua, festivities kick off April 18 at 7 a.m. with an alms offering to 90 monks at Lan Po Public Park, followed by sprinkling of water on Buddha figures and senior citizens and, at 10 a.m., a Buddhist parade with students from Pattaya public schools participating that runs from Lan Po to Sawang Fah Road to the Sawang Boriboon Foundation office and back again.
The next morning, similar ceremonies begin at Chaimongkol Temple at 10 a.m. with a short parade on South Road to Walking Street and back at noon.
Beach activities run from 8 a.m. to 8 p.m., including shopping and food booths. City officials also made their usual - and usually ignored - announcement forbidding PVC water pipe guns and glass containers. Water trucks will be provided for revelers on Naklua Road.
The more-sedate rice festival will take place in Naklua on April 20, with the devout offering various dishes to ghosts and spirits. The afternoon event also features games and cultural shows with the actual ceremony commencing at 6 p.m.
Traffic will be closed in Naklua on Naklua Road to the Dolphin Roundabout on April 18 and Beach Road in Pattaya will be closed from 8 a.m. to 8 p.m. on the 19th. Parking will be offered at Pattaya School No. 8 and area hotels. 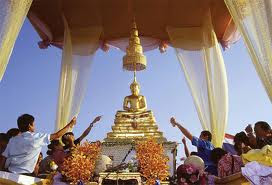 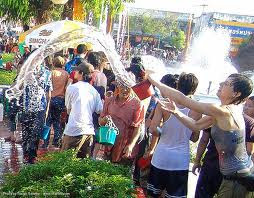 In stark contrast to the deserted scenes in Phuket’s fun town during yesterday’s tsunami alert, the streets this morning were packed with foreign and Thai tourists and local people making an early start to celebrations.
Police, who were yesterday the only people to be seen on the streets are now massively outnumbered by the crowds of revellers.
Songkran will be celebrated in Patong for two days, ending tomorrow. A parade along Taweewong Rd took place this afternoon and the official opening ceremony of the Songkran festival takes place this evening at 6pm, followed by a Miss Songkran contest.
Tomorrow (April 13), for the early morning from 7:30 am, locals and tourists are invited to join Buddhist ceremonies at Wat Suwankiriwong at the foot of Patong Hill. In the evening, beginning at 6pm, there will be various performances by Patong students in Soi Bangla. 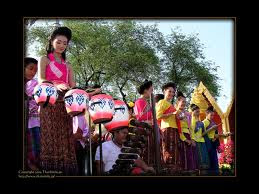 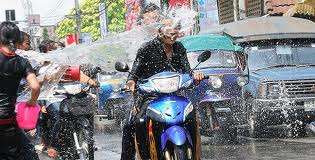 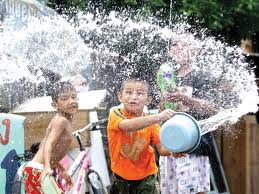 It is not only the name that is similar to our Indian harvest festival. The two traditions have something in common as well. Just as we celebrate Makar Sankranti, Thais celebrate Songkran, from April 13-15. It is marked as New Year on Thailand’s calender. And the dates are calculated astrologically. It is believed the event was adapted from India’s Sankranti festival.
The method of celebrating Songkran, is also similar to our way of marking Holi.
People splash water on each other, and roam streets with containers, drenching one and all.
A tribute is paid to the ancestors of the family and Lord Buddha is worshipped in the morning.
The water, used for bathing the idol is distributed amongst the entire family.
Food is as important a part of Songkran. “But there are no special items. Unlike the Indians who have gujiya n dal ka samosaon Holi. And special Diwali sweets. Instead, popular Thai dishes are cooked grandly. So the entire family can feast. Generally there is a vegetable curry, a chicken dish, jasmine rice and seafood,” said executive chef Sahil Arora of Courtyard by Marriott, Gurgaon.
The Chef planned a Songkran festival with his Thai chef Piyawat at the Red Zen restaurant
The special menu is categorised into starters, soup, main course and desserts for Songkran.
Some might be familiar, if you frequently feast upon Thai fare. But Arora told us that the, “traditional methods of preparation and fresh ingredients make a huge difference to Thai dishes.”
The cuisine, in general, is well received by Indians. There is a liberal use of chillies in most curries.
And there is a unique balance of sour, sweet and bitter that works in their salads and starters.
“Like the Chinese, Thais emphasise balance in their food and everything around. With chillies, they mostly use palm sugar. It is a bit like jaggery. They use a lot of tamarind too, to cut the bitterness of some of the chillies,” informed Arora, who travels often to Bangkok.
He said that if you learn basic Thai words that are names of certain dishes, you will be specially treated by people there. “Kung means prawns, Kai is chicken, Phak is vegetable. Thod means cake. And Pla is fish. These words are common to most dishes. When you go out to eat in their country, chefs would be more than glad to know that you know their food. But it is a common perception that Indians are familiar with Thai tradition and culture. Bangkok throngs with Indians, especially Sardars and you find many Sikh tailors.”
The streets are the best place for food in Thailand. They are filled with peddlars selling satay, noodles and other dishes with various condiments.
We started our meal with Som Tam, raw papaya salad. The sweet taste and freshness of fruit lingered on the tongue.
Then came stir-fried noodles. Really thin, with hints of jaggery. The noodles were crispy, and melted-in-the-mouth. The  flavours balanced. The main course was yellow curry, with vegetables and chicken. Stir fried vegetables, laced with sauce that was not thick in consistency. The yellow curry with boiled broccoli, baby corn and other vegetables generously used chillies.
But the dish was not as spicy as we had thought. And the white, boiled, Jasmine aromatic rice wasn’t that sticky. It was ideal for mixing with curries. Noodles were the other option. Rice noodles, light, flat ones with some sauces, vegetables, chicken or sea food is a good change.
The dessert was a surprise package. Boiled, coated water chestnuts soaked in reduced coconut milk concluded the festival line-up. “It is light and can be easily prepared at home too,” said chef. 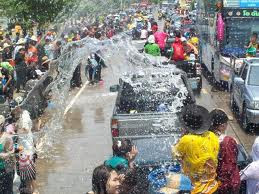