Showing posts from September, 2012
Show all

Brought to you by: TheBestColleges.org Social media is the perfect tool for mobilizing your friends and colleagues to take action on a cause you care about -- sending a letter to a legislator , signing up to attend a rally, or spreading the word through their own social channels. But -- in a world of high-priced consultants and slickly-produced viral videos -- how can an individual make a difference online? You can start by keeping three goals in mind. First, you want to use your time online to stay informed and connected to the organizations you care about -- the animal welfare group, the folks taking action on despotic dictators, the people providing malaria nets, and more. Second, you'll want to build your relationship with legislators or key opinion leaders you'll ultimately need to influence. And third, you want to build robust online connections with your friends and other like-minded individuals, so you can leverage their collective power when the right moment co
2 comments
Read more

By: BestCollegesOnline.com In recent years, there has been a much stronger focus at an academic level when it comes to pop culture . Society now has the ability through television and the internet to not only gawk at the strange things that happen in pop culture but to also interact with it in many ways. Even the President of the United States interacts with people onlin e. This infographic discusses the convergence that’s happening now and will continue to grow as pop culture and our ability to interact with it increases.  The Obama camp knows social media . They realize that Twitter is big and Facebook is bigger, but Reddit is the place that will generate real voters and get them to the polls in November. If  you’re not familiar with Reddit , you wouldn’t understand. The GOP isn’t familiar with Reddit, so they don’t understand. The most viral post on Facebook can generate thousands of views, though even well-shared posts have a challenge ever breaking 10,000 refe
Post a Comment
Read more 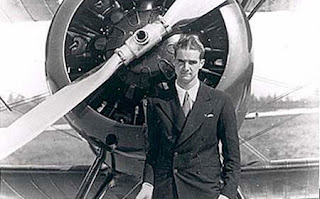 We’ve all heard of modern figures like Bill Gates and Steve Jobs who famously found success despite dropping out of school, but not a lot has been said about business figures from history that left school behind for a better life. Famed inventors, business magnates, and some of the richest men in the world made their fortunes as college (and even grade school) dropouts. Read on to learn about some of the biggest names in business history who all decided they could do better without school.  Howard Hughes   American business magnate Howard Hughes was one of the wealthiest people in the world in his time. As a film producer, influential aviator, and investor, he left his mark on the world, but he didn’t have a whole lot to do with education. Hughes was reported to be an “indifferent student,” and never graduated from high school. He did have a love of mathematics and engineering, auditing a few classes at Caltech. He was also a student at Rice University , thanks to an arrangem
Post a Comment
Read more

Risky Rise of the Good-Grade Pill 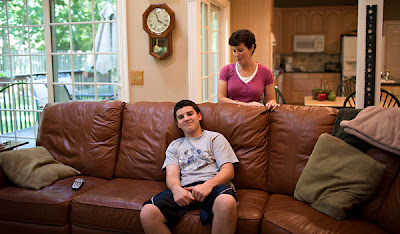 “Now I have to worry about this, too? Really? This shouldn’t be what they need to do to get where they want to, ” said Dodi Sklar, after listening to her ninth-grade son, Jonathan, describe how some classmates abuse stimulants.  He steered into the high school parking lot, clicked off the ignition and scanned the scraps of his recent weeks. Crinkled chip bags on the dashboard. Soda cups at his feet. And on the passenger seat, a rumpled SAT practice book whose owner had been told since fourth grade he was headed to the Ivy League. Pencils up in 20 minutes.  The boy exhaled. Before opening the car door, he recalled recently, he twisted open a capsule of orange powder and arranged it in a neat line on the armrest. He leaned over, closed one nostril and snorted it. Throughout the parking lot, he said, eight of his friends did the same thing. The drug was not cocaine or heroin, but Adderall , an amphetamine  prescribed for  attention deficit hyperactivity disorder  that t
Post a Comment
Read more
More posts