Showing posts from September, 2011
Show all

While the gas business in New York was well established by the late 1870s, the work of Thomas Edison, the "Wizard of Menlo Park," was soon to cause great changes. Experiments in electric generation had been under way for decades, and by 1878, the Avenue de l'Opera in Paris was lit with electric arc lamps. But arc lamps gave off a harsh light, and while many inventors tried to create a more pleasing and durable light, none met with success until Thomas Edison turned his thorough and methodical attention to the problem. Backed by financiers, including J.P. Morgan and the Vanderbilt family, Edison established the Edison Electric Light Company to own and license his patents in the electric light field. After more than a year of experiments, Edison and his young assistant, Francis Upton, finally developed a carbon filament that would burn in a vacuum in a glass bulb for forty hours. They demonstrated the light bulb to their backers early in December 1879, and by the e
1 comment
Read more

Here Is Yet Another Sad Example of a Failed Education System 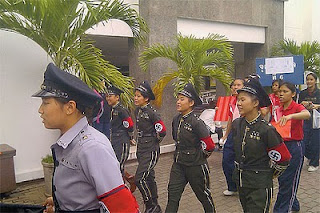 Here is yet another sad example of the failed education system in Thailand. Please tell me that the school's director (Sr. Darunee Sripramong, Director of Sacred Heart School) message  was sincere.  "We, the entire Sacred Heart School personal are deeply saddened by this incident which has caused much undesirable inconvenience".  If you have ever been to Thailand and especially to Chiang Mai, then you would probably have some knowledge of the many beautiful flowers that the Chiang Mai Flower Festival has every February and can also be seen throughout most of the year. Here at this festival you will see many flowers of different colors, shapes and sizes. They even smell so nice and fresh.  But colors can mean something totally different at Sacred Heart College in Chiang Mai, Thailand. "The Director, teachers and staff has organized a sports day activity and it has been divided into groups of 7 different colors and amongst its various colors, there was t
Post a Comment
Read more

Thank you for signing the pledge! | National Responsible Fatherhood Clearinghouse

September 25, 2011
Thank you for signing the pledge! | National Responsible Fatherhood Clearinghouse : 'via Blog this'
Post a Comment
Read more 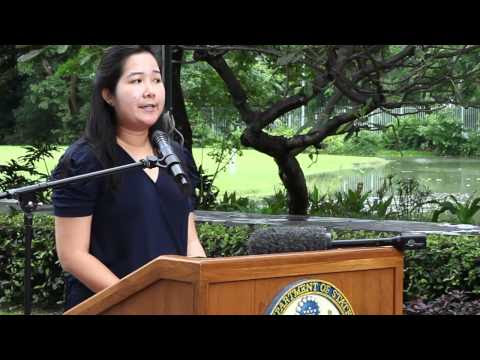 Enough Is Enough! Here Comes Round 2 How Old Is To Old? 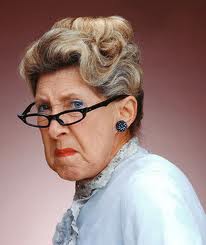 Sunday 04/09/2011 18:00 and I just finished making my rounds on the teacher sites here in Thailand.  Some of you will remember that a while back I started a discussion about this very same topic on one of the more popular websites. Oh ya and it did get a bit heated with some of the comments. Well I'm holding my own and I will get this heated up again. Out of 213 resumes 8 were for teachers 60-years old or older. That is a whopping 4%. The real sad part that gets me is these senior citizens know 100% for sure their own country/government schools would never hire them. So they decide to come here to Thailand to relax and retire but then they fall in love with a 24-year old woman who likes to drink and party all night long.  Well my friends guess what? The last time I look that stuff all cost money. Oh ya! So Mr. Senior Citizen must go out and find a job some how to keep Ms. Gig. This is where I like to draw the _____________________________________. If you are a foreigner age 60
Post a Comment
Read more

On This Day: First Automatic Teller Machine in US Opened