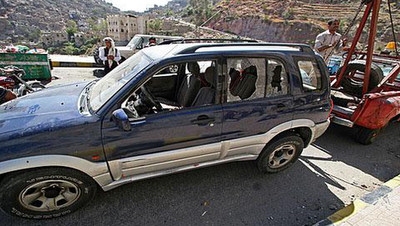 A Yemeni militant group affiliated with al-Qaida says it has shot and killed an American teacher in southern Yemen for preaching Christianity.
Militants riding a motorcycle shot the man in his car in the southern city of Taiz on Sunday. Yemeni officials say the American had been working at a European-run language institute. Authorities launched an investigation to find the perpetrators of the attack.

A U.S. State Department official confirmed the killing of the U.S. citizen in a statement sent to VOA, condemning it as a "heinous crime" and urging Yemen to bring those responsible to justice.

A Swiss woman working as a language teacher in Yemen's western port of Hodeida was abducted last week. The identity of the kidnappers remains unclear.