From Trash to Treasure 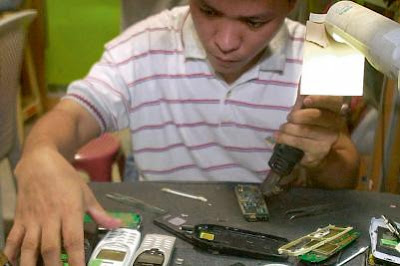 Recycling has a new technological frontier as record-high metal prices turn electronic devices into gold mines
Believe it or not, you have got gold in your pocket at this very moment. If it is not in your pocket, it is likely to be sitting right on your desk. You cannot see it but it is there — encased behind the screen of your mobile phone.
Most electronic devices contain some gold. Because most other metals are easily corroded by even minute amounts of moisture, gold and other precious metals that are more resistant to corrosion are used in key parts of the electronics. The average mobile phone contains about 24mg of gold, 250mg of silver and other metals such as copper, cobalt and palladium.
Record high metal prices and the growing numbers of electronic devices have given rise to a thriving urban mining industry, especially in Asia, where gadgets like mobile phones outnumber the population in many countries.
During a 2010 government-led campaign in Tokyo to recycle used mobile phones, 570,000 unwanted devices were collected over three months — yielding an estimated 22kg of gold, 79kg of silver and over 5 tonnes of copper. At today’s prices, the amount of gold harvested would be worth more than US$1.2 million.